(now updated, to reflect comments from interested parties – thanks!)

PCR skeptics suggest that at the high Ct (amplification cycle threshold) values used for COV-2 testing (above 35, say) the test could result in positive results even in the absence of any meaningful virus presence.  PCR supporters say that the PCR test is definitive.

The only real way of showing beyond doubt that a test sample contains the virus is to grow a viable culture.  If you can’t culture a positive sample, and no disease develops in the patient, how can you demonstrate that the PCR test is correctly detecting a virus? This article (referenced by Colin Bannon’s very pro-PCR blog post) states that at Ct = 35, a full 97% of samples can’t be cultured.  That’s not a very good proof of the efficacy of the test.

Furthermore, the generated polynomial suggests that by Ct = 38, no samples at all will be able to be cultured.  What does that say about the validity of the PCR test at Ct > 40?

Here’s another view – this article (from 2003) is about developing PCR testing for smallpox DNA.  It has the advantage that the samples being used are cloned, and have precisely known quantities of viral DNA.  It’s very long and complicated, but the bottom line is that the ultimate limit of detection was found to be about 12 gene copies, at a Ct of 40.  What, then, would be the meaning of a positive test a Ct=45, which is 32 times more sensitive? There is only a 0.375 probability that there is even a single genome to be found in that sample.

And so the idea of believing that results of PCR testing at Ct > 40 does look highly suspect – as many experts in the field agree (including Kary Mullis, inventor of the PCR test).

And yet the WHO were recommending testing at Ct = 50 (over 1000 times as sensitive!) at the outset of the COV-2 pandemic.  One has to wonder why.

But wait – the WHO changed their minds last December! https://www.who.int/news/item/14-12-2020-who-information-notice-for-ivd-users

So now we are surely all good, aren’t we?  There may be a few false positives due to poor test technique, but better safe than sorry, eh?  Alas, not quite. The WHO, while acknowledging the problem, go on to fudge the issue by saying it’s all very complicated, so they can’t make any actual recommendations.

One can tell which situation applies from the test results themselves.  If, as this paper from June and Dr. Bannon’s blog suggests, the vast majority of test results (even in pillar 1) are negative, that strongly suggests that there is low prevalence in the population being tested, and thus that most of the positive results are indeed false positives.

But does any of this matter to patients?  No.  Patients have symptoms and feel ill.  My neighbour’s family has been sick for 2 weeks now, and are still far from well.  If everybody who had a positive test result had been whisked away and quarantined somewhere, would they still have caught the virus?  I don’t know, but it’s obviously wise to try to avoid catching this disease, and if false positives encourage safer behaviour, doesn’t the end justify the means?  Well, maybe – or maybe not, if the lack of honesty on which their advice rests undermines trust in so-called “authority figures”.  Or maybe that trust is misplaced to such a large degree that it needs undermining.

Outside in the real world, it’s undeniable* that there are a lot of hospitalisations going on. Hospitals don’t take people in just because they’ve had a positive test result – you need to be properly ill, with symptoms. People in ITU with COVID-19 symptoms is another fairly dependable measure – and even more so, excess deaths, which isn’t dependent on any kind of test results. Excess deaths are up now too. All in all, I think it’s best to believe that whatever the true meaning of PCR test results, there probaby really is a pandemic of some sort going on out there, and take whatever precautions you can, to avoid being a casualty. See my friend Dr. Bannon’s many excellent blog posts on how best to do that.

So to answer the question posed in the title – it’s whatever you want it to be. PCR testing is jolly clever, and certainly useful, whilst not being totally reliable. If you want to look at the science, there’s plenty to talk about.

But if you want to talk about politics, and whether the story reported by mainstream media is being manipulated with sinister intent – fill your boots! Just not with me – for now, I’m going back to excessive drinking.

*It has been pointed out to me that it’s not actually undeniable – just reported everywhere. That’s true. It’s hard to get solid, dependable information: most sources, even if they have no specific editorial agenda, pick a side – either “same as the mainstream” or “rebellious” (often labelled “conspiracy theory”, whether there is a suggested conspiracy or not). Is this years’s hospitalisation rate actually higher than a bad flu year? I’m not sure…. 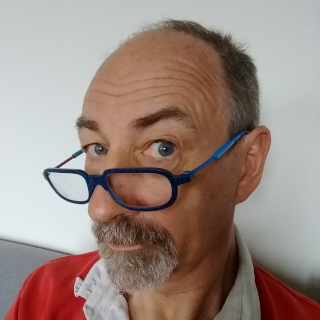